Acorns, Deer Movement, and its effects on Hunting 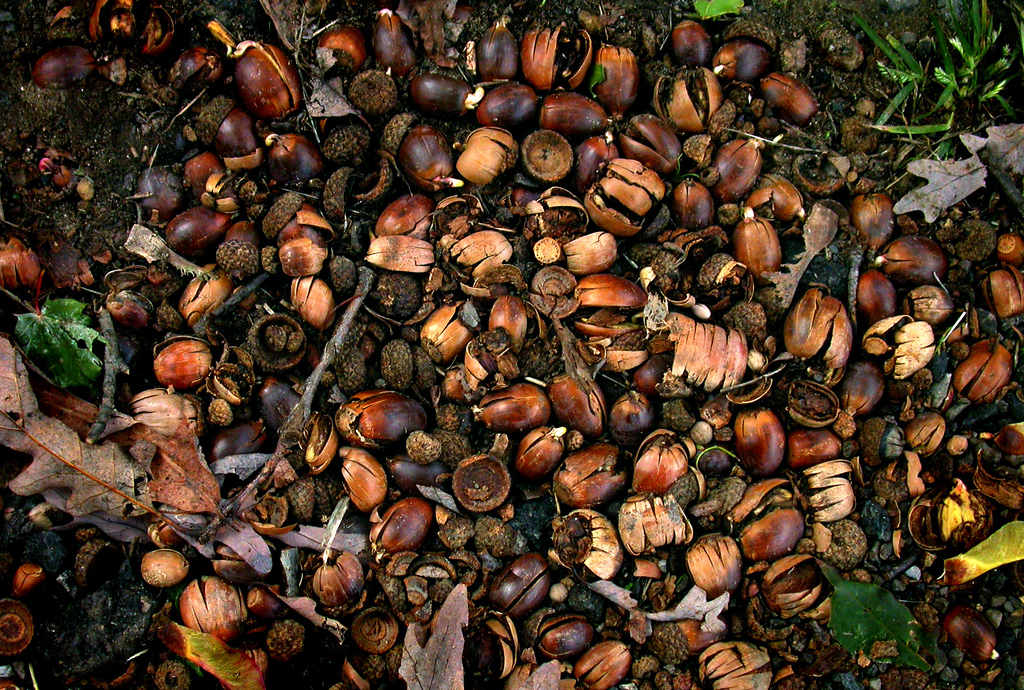 I can't speak for everyone, however last year I could have shoveled the acorns off the ground almost everywhere on our property. Last year was quite a year for acorns in New York and I believe it had accounted for less action and movement during the hunting season, specifically bow season. Deer love acorns, and if they are dropping that is what they are going to hit first regardless of food plots and other food sources you have in the area.

If there are acorns everywhere, specifically in the area's where deer feel secure, near bedding area's and thickets why would a deer move out of those area's when they have everything they need right there? Most of the success around my area were people that had hunted near deer bedding area's. While others who did not observed minimal movement during the bow season, which was the complete opposite of previous years where their stands / blinds had a lot of action and success. Last year I observed that the deer movement basically changed overnight once those acorns started dropping. We had two trail camera’s up one on a major travel route to our two small food plots and another in the field. The deer were still hitting the fields at night, however action during the day nearly stopped on the fields once those acorns starting dropping and the one travel route became a ghost town, the trail camera was snapping a fraction of what it was before.

This year is different, I noticed a lot less acorns in the oak tree’s, and hope that this may cause some more movement during the day. Those with food plots might see the plots getting hit more frequently and earlier then last year. If you have an area's where acorns drop constantly year after year that might be the place to setup shop this year. There are a few nice white oaks where we had setup a friend to hunt during the bow season, unfortunately there was not a lot of action in this spot because the deer had way to many other places to fill up on. Something else to thing about is how has last years acorn crop effected this years deer population. I was speaking with a friend yesterday, and he is could not believe the amount of bear cubs and fawns he has seen this year, and attributes that the to the acorn crop of last year.

“One ounce of dried acorn has on average 140 calories, of which 9 grams is fat, 15 grams is carbohydrate, and 2 grams is protein. Using some simple math, that means a whopping 50% (72 calories) of the caloric intake is from fat! Now you now why deer pig out on them prior to the onset of winter. But the buck doesn’t stop there.

Carbohydrates make up 43% of the caloric intake, which can also be converted and stored by a deer’s body as fat or immediately used as energy. Protein makes up just 6% of the caloric intake, but protein is not very important for adult deer at this time of year. However, growing fawns appreciate the additional protein because they need it to increase muscle mass prior to the dead of winter.” - Source: http://www.buckmanag...iled-deer-food/

The QDMA has an article “Scouting After The Harvest” which covers some great points about what to look for when inspecting an Oak tree.

“If you are inspecting an oak, do you see many acorn caps, a good indication that something has eaten the acorns? In fact, if deer are heavily using a particular oak tree, you shouldn’t find many acorns because they are eating them as fast as they fall. Obviously, signs that deer are eating the food source are important. However, the one key sign I look for and will instantly give me confidence that deer are using the area is fresh deer droppings. If old droppings are present too, I’m hanging a stand! That means that deer have been using the area consistently for a while.”

What have you noticed in your hunting area’s? Do you notice any deer movement changes during banner acorn years? How is the acorn crop this year looking as opposed to previous years?