Love looking at vintage hunting photos and art, some hard looking folks back in the good old days and many depended on hunting so they could eat. An old timer that grew up in the depression  days said

I think I was 9 or 10 in that picture lolol. My older brother  loved to trap and he let me go one year with him 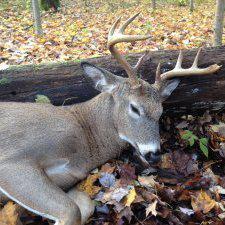 Three pics from the late 60s My uncle with a black bear he shot between the eyes at about 10 feet, and two of my dad. All Dack taken Sent from my iPhone using Tapatalk