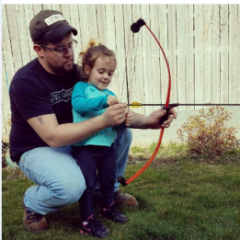 Not crazy at all. A deer has a pretty big kill zone and are pretty easy to kill.   Yes a lot of bullets don’t work the way we want on game. I want a bullet that will go end for end at any possible an

"Experience" And that's why when you and Pygmy chime in, I'm always listening.  Others should too.........