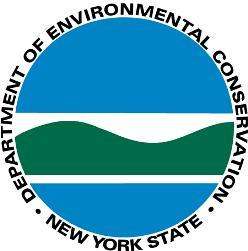 “DEC talked to the sporting community and license-issuing agents, and made significant improvements to the licensing system based on their feedback,” Acting Commissioner Gerstman said. “These improvements streamline the process to buy sporting licenses. We look forward to welcoming sportsmen and sportswomen to the vast array of opportunities New York offers to go afield in the upcoming hunting and trapping seasons.”

Lance Robson, Chairman, NYS Fish and Wildlife Management Board said, “The members of the Fish and Wildlife Management Board thank DEC for their tireless efforts to fully realize the potential of the E-Licensing system. We welcome the Department's recent improvements to the system and anticipate that they will benefit both individual members of the sporting public and our license selling partners."

License-issuing agents have provided positive feedback on the new interface and DEC expects the new system will perform well for the purchase of new-year hunting licenses, permits, and privileges. There are approximately 1,300 license-issuing agents across New York located at many retail stores and municipalities who provide an important service to DEC and New York hunters, anglers and trappers. DEC has worked to ensure they have a system that affords them the ability to provide quality customer service.

The online user interface also provides for an easier, more intuitive experience in the legally required reporting of harvested deer, bear and turkey—information that is used in managing DEC’s wildlife resources.

The 2015-16 hunting and trapping licenses go on sale on August 10 and are valid beginning September 1, 2015. Licenses and permits can be purchased at one of DEC's license-issuing agents around the state, as well as by telephone and online:

License buyers should have the following items ready when applying: complete name and address information; customer ID number if they have it; proof of residency information (driver's license number or non-driver's ID number with a valid NYS address to qualify for a resident license); and, if purchasing by phone or internet, a credit card and card expiration date. Hunting license purchases require individuals to provide proof of a hunting education certification or a copy of a previous license, if this information is not already contained in their license system file.

Approximately 1.2 million people purchase hunting, fishing, and trapping licenses each year, and sporting license sales generate approximately $42 million annually in revenue used to manage New York’s fish and wildlife resources and their habitats, as well as to improve access to those resources.

DEC also made several modifications to the Deer Management and Assistance Program to increase its efficiency and effectiveness. These changes include: expanding opportunities for landowners where abundant deer are preventing forest regeneration; increasing the number of deer an individual hunter can shoot under a single DMAP permit from two to four; clarifying that hunters may participate under multiple DMAPs; and reducing the paperwork landowners need to participate in the program.

Newly adopted regulations shorten the fall turkey hunting seasons in New York State due to a declining turkey population across the state. The new fall seasons are two weeks long with a statewide season bag limit of one bird of either sex. Season dates vary regionally with the season in the Northern Zone running October 1-14, the Southern Zone running October 17-30, and Suffolk County (Long Island) running November 21-December 4. Further details are found on DEC’s website at http://www.dec.ny.gov/outdoor/8366.html.

DEC received approximately 120 comments on this regulatory proposal. Almost all of the comments expressed concern over the decline in wild turkey populations over the past 15 years, and many were supportive of DEC's efforts to modify the fall hunting season to accommodate changing turkey populations and environmental conditions.

These improvements to the licensing system and regulatory changes align with Governor Cuomo’s NY Open for Fishing and Hunting Initiative aimed at improving recreational opportunities for sportsmen and sportswomen and to boost tourism activities throughout the state. This includes streamlining fishing and hunting licenses, reducing license fees, improving access for fishing and increasing hunting opportunities in New York State. In support of this initiative, $10 million in NY Works funding has been dedicated to fish hatchery repairs and 50 new land and water access projects such as boat launches, hunting blinds, trails and parking areas.

Under the initiative, the 2015-16 Enacted Budget adds an additional $8 million for state land access projects and an additional $4 million for the state’s hatcheries in NY Works funding. The Budget also creates a new capital account which along with federal Pittman-Robertson funds will be used to manage, protect and restore fish and wildlife habitat, and to improve and develop public access for fish and wildlife-related recreation.

The Enacted Budget for 2015-16 raises the Environmental Protection Fund to $177 million, an increase of 32 percent since Governor Cuomo took office. The $15 million EPF increase this year will support 14 categories, including land conservation, stewardship, and invasive species control and prevention. The increase includes a new sub-allocation for capacity grants to State Parks friends’ groups.