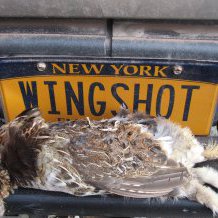 By Shoots100,
March 31 in Gun and Hunting Laws and Politics Discussions