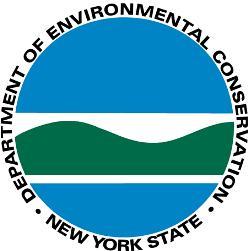 The Department of Environmental Conservation (DEC) has adopted final regulation changes to ensure that the crossbow is a legal implement for the fall 2014 hunting seasons, Commission Joe Martens announced today. These regulations are adopted under new state law which authorizes DEC to allow big game (deer and bear) and small game hunting with a crossbow under certain conditions.

“The new law that authorizes the use of crossbows for hunting demonstrates Governor Cuomo’s commitment to increasing hunting opportunities here in New York State,” said Commissioner Martens. “Crossbow hunting is growing across the country and the new law expands the opportunities for hunters to use crossbows when hunting in New York.”

The final regulations adopted today include the following:

1. completed a Standard Hunter Education course offered by DEC on or after April 1, 2014; OR

2. completed a DEC-approved on-line or other training program (e.g., material provided in the annual hunting guide). Hunters must carry a signed self-certification in the field when hunting with a crossbow as proof of compliance.

Details of the final rule can be viewed in the August 27, 2014 publication of the New York State Register and on DEC’s website at www.dec.ny.gov/regulations/34113.html#Part1Part2p. For a general summary of the law, see DEC’s information on crossbow hunting at www.dec.ny.gov/outdoor/68802.html. DEC’s position on crossbow use for deer hunting is provided in Appendix 5 of the NYS Deer Management Plan (www.dec.ny.gov/docs/wildlife_pdf/deerplan2012.pdf).

With the purchase of a 2014-2015 sporting license, on sale as of August 4, 2014, New York hunters will receive copies of the new Hunting and Trapping Law and Regulations Guide, and the new crossbow regulations are clearly described in the Guide. The Guide features information on the educational requirements for hunters using crossbows. Hunters are required to read the safety information available in the Guide and on the DEC website, and certify that they have done so. This certification must be carried when afield hunting with a crossbow. Crossbow hunters should carefully read all of the information in the Guide to ensure that they are in full compliance with the new regulations.

Governor Cuomo signed into law the changes to the Environmental Conservation Law in April, 2014. DEC’s final regulations maximize the use of crossbows allowed under the law’s provisions.

The NY Open for Fishing and Hunting Initiative is an effort to improve recreational opportunities for sportsmen and women and to boost tourism activities throughout the State. This initiative includes streamlining fishing and hunting licenses, reducing license fees, improving access for fishing, and increasing hunting opportunities in New York State.

In support of this initiative, this year’s budget includes $6 million in NY Works funding to support creating 50 new land and water access projects to connect hunters, anglers, bird watchers, and others who enjoy the outdoors to more than 380,000 acres of existing state and easement lands that have not reached their full potential. These 50 new access projects include building new boat launches, installing new hunting blinds, and building new trails and parking areas. In addition, the 2014-15 budget includes $4 million to repair the State’s fish hatcheries; and renews and allows expanded use of crossbows for hunting in New York State.