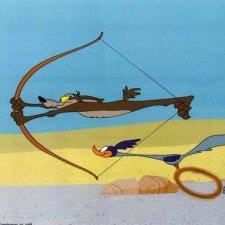 If you hang around the site long enough this same type thread pops up like 5 times a year, a lot of irrational fear with little to no facts to back them up. Coyotes are amazing animals and I hope they

Well, I guess in truth nothing really needs "thinning". Mother Nature will take care of populations through wildly fluctuating populations that go in and out of control strictly by heavy epidemics of