By ADK Native,
March 24, 2021 in Gun and Hunting Laws and Politics Discussions 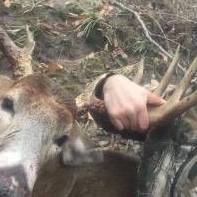 This day and age ,what is it that the Democrats have to offer the working middle class ?all they care about now is idolizing criminals,taxing us more ,worrying about special interest groups ,and destr

And in a nutshell there is the problem, there is nothing that pisses someone off more than being punished for something that they had absolutely nothing to do with. The reality is that vast major

4 years of our last president and my retirement investments nearly doubled, my taxes went down, the border was more secure and he got nearly all the troops out of an endless war just to name a few.