By Belo,
July 26 in Land Management, Food Plots and QDM

"We must have rain, because we need rain. Plants need rain. And when it rains, plants get rained on." -Kamala Harris (@Chef voted for her) Sent from my iPhone using Tapatalk Pro 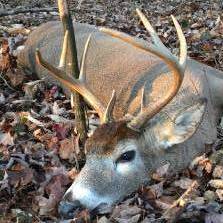 I rolled my standing winter rye in early June and planted my pumpkins in it. It kept the weeds down. I slung some Antler King Slam Dunk into the dead rye and that came in nice also.

Made some progress. Used my tine tiller to “bale” hay haha. Then I mowed and I’m feeling a little better. Going to spray once more maybe next week and then pray and hope for rain and a day to plant ov