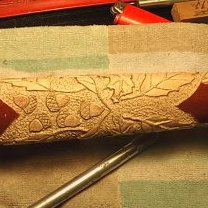 By Engraver99,
January 28 in Hunting Gear Reviews and Gear Discussions