By Buckmaster7600,
November 15 in General Hunting

I've been visiting both places. For sure quieter here now. Still some good folks here.

All the malcontents that hated the way this board was being run by the owner and it's political spot left and started their own board, good trade off as far as I am concerned, mostly hunting related p 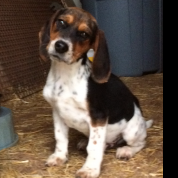 A hand full of people that went there is still here.  I am one. I am surprised at one member who bashed this place keeps coming back to post