Leftists have shown their hand. You cannot defend yourself.

By Grouse,
November 16 in Gun and Hunting Laws and Politics Discussions 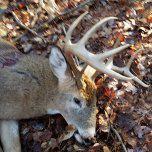 I respectfully disagree. I would have agreed 10+ years ago but I don't see how you can be in the middle and support Biden or any democrats these days. I guess there are a few middle of the road people

When you attack someone, anyone, and threaten to kill them, they have a RIGHT to defend themselves from you, even to the point of lethal force.  I guess you are one of the people on the left that want