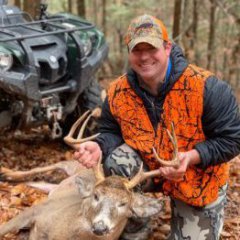 By UpStateRedNeck,
May 21, 2019 in Guns and Rifles and Discussions